The use of spells.

Being a witch means you practice witchcraft.  It is no good saying that you are a witch if you do not practice any of that particular craft.  Being a witch is not just, for me anyway, about herbal usage and being at one with nature, casting whatever form of spell/magick is necessary is a huge part of being a witch.

People tend to get their knickers in a knot about these issues and shy away from admitting they use any form of magick.  But if you are a practicing witch then you are using magick.  It is like a person who is a Christian claiming they are such but not actively taking part in any of that religion's activities, i.e, going to church, praying to God, celebrating the holy days and so on.  A practicing witch practices her craft, or more to the point, we are active in what we believe in.

What frustrates me is when you get asked advice on something, such as "what spell can one use to help on the job front" and you hear another witch saying something like "oh, you should only do a spell after you have exhausted all other avenues first."
Basically there are certain witches who believe that one should only ever cast after every exhaustable avenue has been explored - and they mean this about every aspect of whatever you are considering casting a spell for.
Don't get me wrong, one should never use magick in place of good old common sense, and one should not cast a spell and expect everything to be handed to them on a silver platter.  But, I believe casting a spell can enhance your life.

Let's take the casting of a spell for job luck.

If you don't do anything magickal then perhaps you might miss out on a great job opportunity.  By casting a spell to help you find work you are opening doorways up that might not have been obvious to you had you not cast a spell.  The same rules for looking for work apply, such as getting out there and searching, looking into your chosen field of expertise, or plain old sending out your CV and chasing every available job.
The spell is not going to bring a job opportunity to you if you don't put in the hard yard.  You are just opening yourself up to opportunities, you are asking the universe to assist you in your search, not for a prospective employer to come knocking on your door without you even having to have lifted a finger.

The misconception that casting a spell is giving you a better advantage over others is generally what is behind the notion that you should only use magick as a last resort.  Of course there are practioners who will use magick to have an unfair advantage over others, just as there are people (let's call them muggles, a la Harry Potter) in the Muggle world who would lie on their CV's, or at interviews to give themselves an unfair advantage.

In my opinion there is absolutely nothing wrong in using magick to assist you in your life, so long as you do not expect things to materialise in front of you, like some party trick, or something from an episode of Charmed, or the like.  Magick is all about creating change and who is to say that by casting a spell to help you job search you won't be more open to something you would never have considered, thus an opportunity opens up and you are offered a job as admin - something you have never applied for before.  This, of course, is an example and I am trying to stress the point that even if you are unqualified at something you may be offered a job with training prospects, but without the spell it may never have been opened up to you.

Using spells in your life opens up endless opportunities, and quite often all a spell has done is change the caster's perspective on something, rather than blowing the competition out of the water.  All we witches need to do is apply common sense to our magickal casting and not expect the universe to hand everything to us .

Happy spellcasting.
Posted by Sue at 13:37 No comments:

Email ThisBlogThis!Share to TwitterShare to FacebookShare to Pinterest
Labels: Opinion

Blessings of the moon. 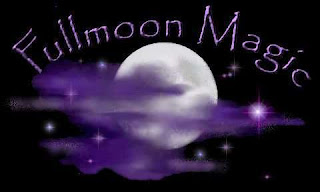 Email ThisBlogThis!Share to TwitterShare to FacebookShare to Pinterest
Labels: Esbats

From August 5th until September 1st it is the month of the Hazel Tree.  This tree is associated with the element of air, the planet Mercury - who will spend the majority of this month retrograde - magickal actions for this month are manifestation, spirit contact, inspiration, protection, wrath, prosperity, wisdom, divination by dowsing, dreams, wisdom, marriage, reconcilliation, fertility, intelligence. 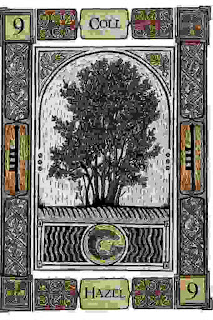 Me and the warrior.

I believe in my warrior self because of all of the tough challenges life has thrown my way.  I suppose I have always been a warrior, but I suppose people grow into this character type when life gets tough.  For me, being a warrior means I can come across as less feminine - I pack an aggressive punch when backed into a corner and I come back out fighting, sometimes dirty if that is what is called for.
If you know me personally then you know why I am so tough, life has been very hard and that has hardened me.  In recent years the challenges life had thrown my way were beginning to slow down and life was looking far more peaceful.  But last summer life angled back down the tough route and my resolve strengthened, my attitude hardened - again - and I had to don my warrior role.  And just when I thought I could relax again I find I have to fight yet again.

I'm talking about having a wobble on the emotional front, different things making me feel vulnerable.  And yet another death in my family - since last Summer we have experienced 5 deaths within the family and a couple of friends of the family have also passed.  The most recent death was this weekend - my cousin's wife committed suicide and whilst we weren't close it has still knocked my inner resolve and I have had to call on my warrior.

But I have gone off track there.  What I was trying to get at was that when life is being hard invoking your inner warrior can be a huge help in overcoming the difficulties you face.  Even if you have no idea how to get in touch with this side of yourself you can form your own visualisation, ritual etc.

Think about the warrior women of past and present.  Boadicaea, Joan Of Arc are just a couple from the past.  Sara Payne, Kate McCann, Denise Fergus -mum of Jamie Bulger - are just a few of our present day warriors that spring to mind. Of course you might also think of fictional lady warriors, such as, Buffy The Vampire Slayer, Xena The Princess Warrior, The Halliwell sisters from Charmed, Princess Leia and Padme Adimala both from the Star Wars saga.
Look at their characters, how they fight for what they believe in even when faced with unbearable challenges. That is the type of fighting spirit we women have and use when faced with life's hard challenges.  That is the type of character we need to portray to become our own warriors.

Next time life throws a huge obstacle your way, meet it head on by invoking your inner warrior. 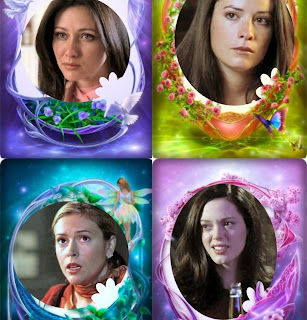 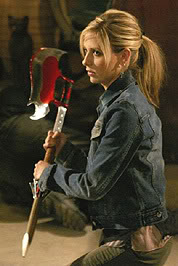 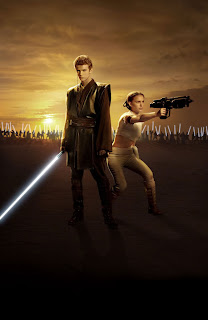 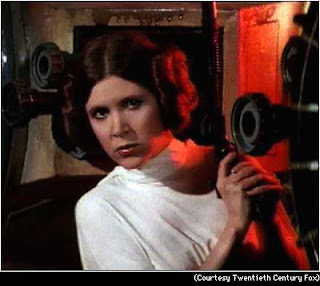 Email ThisBlogThis!Share to TwitterShare to FacebookShare to Pinterest
Labels: Sabbats

Blessings to one and all this Lughnasadh.  May your harvest be plentiful. 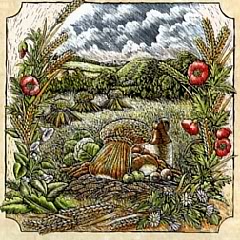 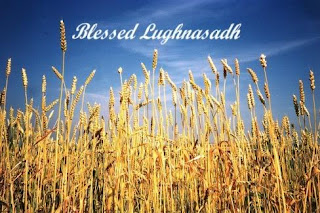 This Weather Widget is provided by the Met Office