I know astrologically this was yesterday, but I always stick to the 21st for Litha, Yule, Mabon and Eostre.
Today is really horrid here in the North, yesterday was lovely, but I guess that's just a typical Cumbrian summer - virtually non-existent.

To celebrate I had a lovely meal earlier and then I performed my ritual, then it was time for my meditation.  During the meditation - not one of my own - I was to visulaise myself within a stone circle with others, only those who I sensed were with me were my deceased loved ones.  That was quite unexpected, but very pleasant.  I've been having a bit of an obsession again just of late - the same obsession I am having to receive counselling for - so it's kind of helped with that.
Anyway, so the sun has reached its zenith and in a few days we will feel the earth shift once again - I always sense the standstill around the sabbats, and sense when we are on the move again - nothing lasts forever, time is precious to us and we should make the most of our days.

Wishing you all a Blessed Litha, may the sun shine on your life (even if it is wet and dark like much of the UK) and bring joy and peace to your world.
Posted by Sue at 21:05 1 comment:

Email ThisBlogThis!Share to TwitterShare to FacebookShare to Pinterest
Labels: 366 Days of Witchery, Sabbats

Today I am thankful that my life is drama free.  I have been ill with food poisoning and you know how it is, you get sick and the chores mount up and life just gets so out of control.  I am just thankful that I have been able to get everything back into shape without having to deal with all the dramas that usually crop up too.
Posted by Sue at 17:56 No comments:

Today sees me feeling both thankful and sad at the same time, over the same thing.  I am always thankful that I chose to remove DD2 from school for her final year as the bullying she was being subjected to had gotten to a stage where she was being physically hurt on a regular basis and the school refused to take appropriate action.  I  remain thankful that I decided against sending DS to secondary school for the same reasons I removed DD2 - I had lost all faith in the school system.
I have just been looking at my friend's daughter's pictures from her last day of school (they only go in for exams now in year 11) and her prom night and it saddens me that DD2 never got that experience.  I have seen a few pics over the last few years of prom night and last day of school and to be fair the majority of those happy souls are the popular kids.

I don't want to sound like I am kid bashing here, but mostly these experiences are savoured by the skinny girls, the ones who love the hair, make-up and fashion.  Those girls who are so pretty and popular that bullies just seem to pass them by.  In fact a huge chunk of this group are bullies - some things never change.  When I was at school this was the case, when DD1 was in school (and she went all the way from reception class to sixth form) this was the case, DD2 never fit in as she wears glasses, isn't skinny and has dyspraxia and it still goes on like that now.
DD2 never felt like she missed out on the whole prom, last day thing as she was so traumatised by those girls and boys in her year group that all she wanted to do was move on from them.  But that makes me feel a little sad that something we now class as a rite of passage was never experienced by my daughter because she had to be removed from school for her own safety.
I then begin to hear tales of a small fortune being spent on prom dresses and accessories and shoes and make-up and hair dos, not to mention the demand for a new outfit - and shoes and accessories and hair and make-up - for the last day of school and I feel thankful that I haven't had this pressure.  DD1's year group were the first to do the whole not wearing uniform on the last day at the school she attended, so they were told to wear something smart.  In five years it seems to have gone from wearing something smart to a no expense spared in the outfit stakes.
DD1 didn't want to go to her prom, she said all of the "plastics" were being ridiculous over it and that was putting her off.  A plastic is a girl so obsessed with hair, make-up, her appearance, that her whole life revolves around it.
So I have never been a stressed out mother doing the hair-tearing over prom night.  I have never felt the need to buy my kids anything so expensive that it takes me months to pay back the money I would have had to borrow.  Smartly dressed doesn't mean a fortune on new clothes and everything that goes with that.

Yep, I am most definitely thankful today that I am not going through that kind of pressure.
Posted by Sue at 09:00 1 comment: 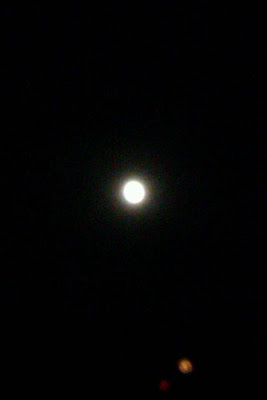 This week my Try something new task was to try and get relaxed.  When life is being stressful the usual methods don't always work, someone will want something and I am not so good at saying no - not always.  Tomorrow I have my first counselling session and I am feeling pretty freaked out about it - it is a phone appointment which will last around half an hour.  I knew that I would struggle to relax today so I recorded an old movie.  The movie was a Cliff Richard musical comedy.
I have never been overly keen on Cliff Richard, he always comes across as pretty smug to me, but according to my mother and my deceased Aunt he was pretty funny in movies he starred in throughout the sixties.  Normally I would ignore such a movie, but needing to switch off from my troubles and relax (and remember, the usual methods aren't helping) I sat through this movie - Wonderful Life.  It bordered on farcical, I'm not sure if it was supposed to or if that was just how I viewed it.  But it really did the trick, helped me relax enough to fill in a long public holiday afternoon.

I am aware that so far since I came back to the blog I have done very little pagan themed.  My point today is that when all else is failing sometimes an ordinary thing can help us more than any esoteric thing ever could.  Instead of me trying every relaxation technique that I know I decided to try a normal thing, watch a silly movie, and yep, it worked just as well as the arsenal of relaxation techniques that I have under my belt.
Trying something new does not necessarily have to be elaborate, all it has to be about is you doing something different that you probably would never think to do.

Email ThisBlogThis!Share to TwitterShare to FacebookShare to Pinterest
Labels: Try Something New Tuesday 366 Days Of Witchery

Email ThisBlogThis!Share to TwitterShare to FacebookShare to Pinterest
Labels: Renewing My Spirit.

When I try to stick to theme for each day on my blog I get so lost on what to do for a Saturday.  I have spent a while thinking this over and not coming up with anything really good enough (in my opinion).  Saturday's are even more fun than Fridays and so I did not want to bog my day down with too much technicality.  With this way of thinking in mind, I have decided I will use the day to read and review a pagan/witchy themed book.
You know, I have so many books in this genre that I need to get through, so this is as good a way as any to get on top of them.

My first book is:  Be Your Own Life Coach by Fiona Harrold.  I received this book when I was on my Reiki course.  The Reiki Master, a lovely woman called Marion, set out a few books from her mind, body and spirit range that she no longer wanted and offered them to us students.  I immediately felt drawn to the book I picked, so going with my gut feeling I chose that particular one.  I attempted to read it a couple of days after my Reiki 1 course, but somehow it was never the right time to sit and read.  Today I plan to make a start on this book and write about it - or what I have read of it - in next Saturday's post.
Posted by Sue at 09:00 No comments:

Friday's, for me, are the end of the week.  I know I don't work, but I do home educate and this obviously takes place during the week.  Once Friday rolls around I want some fun, some relaxation, some good times, the right balance of all of these things.
I often find people are easier to deal with on a Friday, probably because the weekend is fast approaching and they have their own minds on their own fun pursuits.  So for me Friday has always had a kind of magickal appeal and feel to it.

On a Friday on my blog I am going to try and post about something that has that feel good factor.  This could be anything from a random act of kindness to a fun filled activity.  This week - as it is short notice for me and I haven't been very good with my organisational skills this past week or so - I am opting for a random act of kindness.  My random act of kindness is something really simple, although it will make me pay later.  I am going to drive to my daughter's flat and pick her up.  Her boyfriend is going away for the weekend and she had plans with her best friend.  However, the best friend is being off so my daughter cancelled the weekend and is coming to stay with us until Monday.  The trip there and back today is 80 miles and it will make my neck as sore as hell, and my muscles and joints won't feel so good, but knowing that my daughter has company this weekend is good enough for me.  Being kind to her when her friend is being a royal pain in the butt gives me that feel good feeling.
Posted by Sue at 09:00 No comments:

This Weather Widget is provided by the Met Office